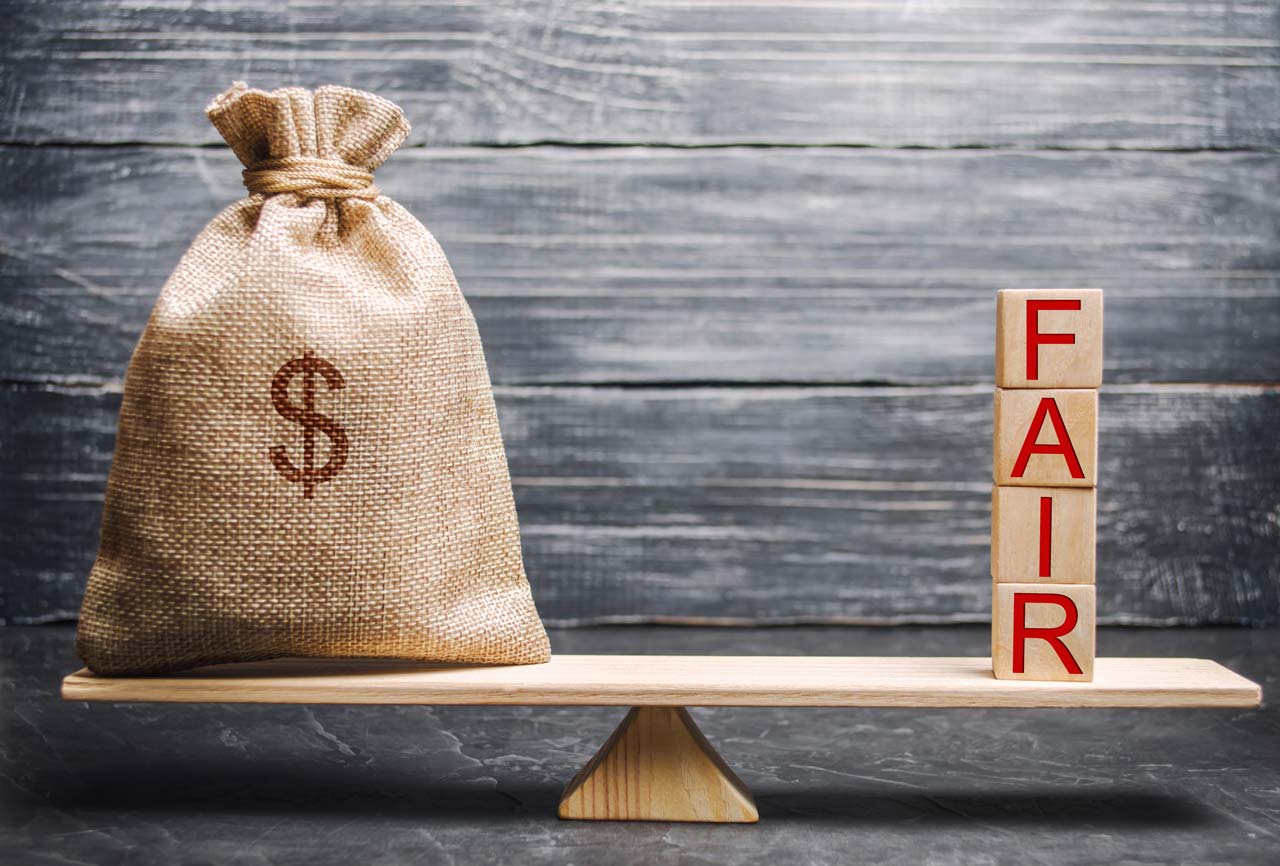 Many years ago, working with a family business in New Zealand, the Matriarch was asked: in your will, what is the split of shares between your two children?

To give you some background, her daughter had been running the business for over 15 years and had grown it significantly during that time. Her son, an artist, worked in the business part time when he needed cash and would often take time off to work on his art. The mother was close to both her children, however there was tension and some jealously between the son and daughter.

The son’s instant reaction was “so that’s all I’m worth!”The daughter’s reaction was “he’s getting THAT much — what’s he done to earn that?”

The mother thought she was being fair. But clearly this was not a perception of fairness held by her two children.

As one of the three areas of succession, ownership needs to be discussed by all family businesses – and there is a lot to discuss. Balancing fairness is critical and as can be seen from the example above, “fairness” is all about perceptions.

Who gets to define what’s fair in a family business?

When there is a feeling of unfairness this is a huge source of potential family conflict that can damage relationships and tear families apart – not to mention the consequences it can have for the family business. In fact, we know a family where a patently unfair decision on the division of shares taken 45 years ago is still roiling through the family and destroying relationships.

These different perceptions of unfairness need to be discussed in detail with the family, openly and carefully. In the example above, the mother thought she was being fair in terms of the amount of work her daughter had put in compared to the amount put in by her son. As is often the case, the son had a strong “emotional identification” with the business which his mother and sister were not aware of and he saw his “worth” in the family linked to how much ownership he had of the business — even though, patently, he had much less to do with its growth and success.

As in the example above one could logically see the mother’s reasoning for the 80/20 split. You can also understand the daughter’s viewing of the situation that she is the one who has grown the business, shouldn’t that effort be rewarded in some way? Equally, never underestimate just how much family members identify with the business, so, in that sense, I can also understand where the son is coming from.

The problem is that often this is not talked about early enough — if there is one rule in succession it is “start early”. If this conversation had happened 10-15 years prior and all the family knew what the allocation was, then it is not such a big deal — whether it is a 50/50 split or an 80/20 split. The expectations are managed and each family member, knowing what the situation is, can choose how and to what level they engage with the business.

This is just one example. Another family we have worked with have been very clear over the last 17 years that ownership in the next generation is going to be equally shared between four siblings with only one of them running the business.The expectations are clear, the conversations have been had. The level of conflict in the family is not over ownership — that has been decided — they might argue about other things but ownership is not on the list!

When dealing with family businesses, the emotions and perceptions are the real drivers. While logic and numbers are important, the real deciding factors are the emotions — how people feel is critical.

In general, there are two broad ways succession of ownership goes: either ownership is equally shared between the next generation or, there is greater balance of shares going to those in the next generation who are working in or running the business. There are pros and cons for each and this needs to be discussed honestly and openly by the family.

If the family is going to split ownership equally, say between four siblings when only one or two run the business, the family has to accept this reality. This includes that there will often be an unequal level of knowledge and influence in the business despite there being an equal ownership and, that those members leading the business have to share their hard work and success financially with family members who may contribute little to the business and are there because they are family.

For other families, a daughter or son who takes over the business may want to have the majority, if not all the shares as they build the business. If this is what the family is happy with, then in order to balance fairness, other members of the family will need some form of “rebalancing” in terms of money. These can be difficult conversations because it is critical the family maintain family relationships even if some family members are no longer involved in the family business.

From a long-term perspective, we tend to advise equal ownership. This is particularly important if the family wants to build a long-lasting family legacy — remember we take a 40-year view of family business.

For example, take a family with four siblings in the second generation being given equal shares. While in the second generation two daughters might run the business and the other two sons have their careers elsewhere. When it comes time for the third generation to come in, it may be children of one of the sons who are most keen and qualified to take over leadership, and it may be that the daughters either don’t have kids or none of their kids are interested in the business. If this happens, the third generation son can take over leadership knowing that he and his family line are equal owners. Equal ownership across the sibling generation and maintained down the family lines allows talented individuals from later generations across the whole family to come in to run the business knowing they have an equal stake.

Compare to our initial example above, if one of the son’s children is seen as the best person to run the business, his or her family are only 20% shareholders so why should they bother? This means that talented members of future generations may not be interested in being involved in the business and so the business starts moving towards being solely owned and run by the sisters’ family.

There is so much more to this conversation — we haven’t even got to succession of leadership or directorship — that is for future blogs — but these are critical issues for a family to discuss, again following our three rules of family business: Fairness, Honest Conversations and Transparency.